Baldota Developers was founded with an aim to develop properties in Residential, Commercial and Retail Sectors. Having been in the industry for a long time, the organization concentrates on attaining excellence in the construction industry. Passionate about quality, Baldota Developers believes in giving its customers the kind of living space that no one can replicate. The Baldota Serenity one of the under-construction projects of the builder has been developed in a BDA Approved layout. 2,3 BHK apartments for sale in Baldota serenity, Hosa Road. The permanent address to all your dreams.

It is an organization where quality meets aesthetics and passion meets perfection. It is the group's distinct philosophy, vision and core values that differentiate it from other development groups.

Developing landmarks is not just the builder does with a step ahead the builder constructs dreams of the customers to make them live in perfect homes. Never settle with a budget home, it is the place where you would spend the rest of your life, so you should be contented with the project.

Baldota developers has been an established builder in the realty field, has been developing projects which makes the builder a standout from other builders. the builder has been active in Bangalore. 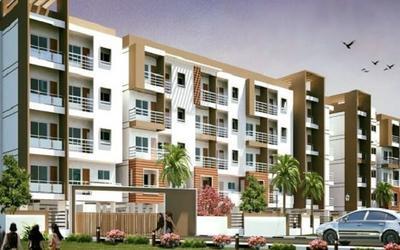