This company was started on 1985 in a small level of consultation and Supervision. In Years it has developed into a multifold by stretching its arms into the fields of real-estate, house promotion and contract works leading to the construction of umpteen number of houses, factory buildings, shopping complex, hospitals, spinning mills, flat houses, Institutional buildings and promotion of houses

The Founder & MD is S.K.Durairaja , a man who has volunteered his services as an Assistant General Manager in Tamil Nadu Warehousing Corporation. When he was in service, he was in charge of warehouses, where, a lot of construction works were taking place. This made him,interested in this field and had a quest of starting his own construction company. So he volunteered his service and started his own construction company and tuned his son into the field of Civil Engineering for further development of the company

D.Premkumar, BE., AIE.,FIV., MICI., the Engineer, completed his BE(CIVIL and STRUCTURAL) in the year 1989 and started his profession, under the able guidance of the Founder Mr.S.K.Durairaja and many experienced Engineers and Architects. At present, he has developed into one of the leading Engineers in the city of Dindigul, updating his knowledge in the fields of consultancy, valuation , house promotion and contract works which made the company to grow in a constructive way. One of our Associates was ( Late)Prof. R.Sitaraman.,BE.,Msc(Engg).,AMIE a retired Professor in Structural Engineering of Annamalai University.

His expertise and specialization in Planning, Designing of Structures, Project preparation ,Foundation Design and Soil investigation, Prefabrication and Pre-cast designs, Interior Design and Acoustical Planning, Water Proofing and Landscaping etc for the past 27 years was a great strength and boon to our company. 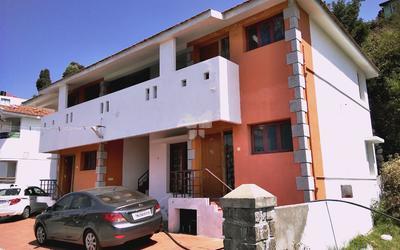