Sometime in late 80's, Mr. Vallappan, a commerce graduate by education was settling down in Madurai. His family roots were in a village near Melur where many of his relatives are still residing. Every now and then some of these relatives would seek his help and guidance to buy plots in Madurai with the aim of building an own house in the city. As a good Samaritan, he gladly helped everyone in need of plots. In those days (some would say even now), real estate as an industry was not transparent, with the sellers and middle-men taking the buyers for a ride whenever possible with land documents that were forged. So, Mr. Vallappan's help was much appreciated and he slowly built his reputation in the real estate industry. Also, he realized that much could be improved in terms of transparency and trust. He did just that.

He started buying vacant plots in quantities of 30-50 cents, developed a residential layout, and sold them to individual people in sizes of 3-5 cents each. He differentiated his residential layouts by offering - Clear legal titles of land and Documentation of previous owners for past 20-30 years

Ensuring clear legal titles and offering documentation is not an easy job. These tasks took enormous amount of work and patience, sometimes even months of pouring over a particular land's history and documents to understand the veracity of its legal ownership. On top of these he ensured that all his dealings were 100% transparent and selling prices were reasonable. He was also one of the first to differentiate his layouts through landscaping, a practice now considered normal with all land promoters.

Slowly as his reputation grew, he also took up bigger projects spanning tens of acres. 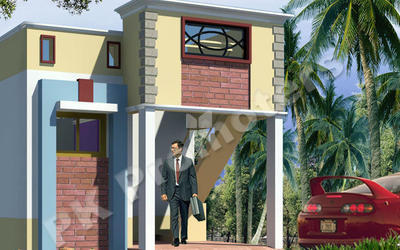