Group is a leading name in the business of turnkey projects for development and construction of residential accomodation in the metropolis of Kolkata and a dominant brand in real estate, with a growing reach in every nook of Kolkata. The Group lays highest value in the trust of its customers and landlords alike. Its powerful and diverse resources fuel the success of its projects and the customers it serves. Started in 1986, the Group has grown rapidly to be amongst the top few builder companies of the city. In this period, the Group has acquired a reputation of being a quality-conscious client -oriented reliable real estate developer. The Group has expanded itself to Rajasthan.

It all started with a project at Lower Range in Kolkata in the year 1986, which was completed well within the schedule and to complete sactisfaction of the client. In the following decade, the volume of Swastic business has grown exponentially, yet the Group has not compromised on its commitment to project schedules and client satisfaction.

An evidence of the success of the Group is that even during continued phase of recession and market downturn, Swastic flats have always been booked well in advance and Swastic has always fulfilled all its commitments. There is no doubt that Swastic has emerged as a front-runner in its business. Swastic Group has pledged itself towards cleanliness, adequate storage facility, safety measures, employee safety measures and other environmental comforts towards its sociable responsibility.

The Group has been registered by the Moody International of UK for development and implementation of quality management system ISO 9001:2000.

Swastic Group believes in complete implementation of all statutory requirements and strongly follows the requirements of all regulatory bodies and as such the companies under its aegis are registered under the West Bengal Building (Regulation of Promotion of Construction and Transfer By Promoters) Act, 1993 as well 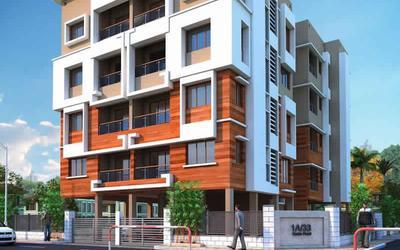