As a part of its ongoing success the company has launched and successfully accomplished three most prestigious ventures near the Rajiv Gandhi International Airport in a span of only two years in a High-rise promotion zone of 'The City of Pearls' - Hyderabad making each project a gold mine in itself. Since inception, West City Developers & Promoters has built a strong reputation as a premier player in the area of housing and infrastructure development. The Mantra of its success is its commitment and conviction, transparency in business transactions, hassle-free procedures, clear-titled projects and above all its prime focus on quality that is reflected in all its endeavors. This practice has brought on the threshold of becoming the most progressive brand name in the real estate industry of the modern India. In reality, the company promises to deliver more than its share of commitments. This has resulted in winning accolades from its most satisfied customers from various corporate and MNC's in India and from the NRI's based not only in the Middle East but also from the major metros of Europe and America., an enterprise driven by professional ethics and values, is all set to make a distinct statement of its own in the real estates business. So make sure that, you are a part of our most valued profile of clientele and allow us to escort you into the prospective future of West city Developers & Promoters.

The project "SWARNA DHAARA" is located in the frontier of the Maheshwaram Mandal of Chinna Tupra Village that comes under High Rise Promotion Zone. The layout of your premium plots can be reached after a few minutes drive from 300' 6-tracks of NH-7 Bangalore Highway. So take a pleasant drive along the breezy, broad 100' wide road and there you are! In terms of sheer commercial value, the prospects are unmatched.

With major development activities taking place in the region, land prices are appreciating at a rapid pace. What may be perceived as a residential destination today, is well on its way to pave your financially secure tomorrow. Now, isn't that the best of the both worlds.

The credit of introducing Hyderabad to this global class living goes to none other than Westcity Developers & Promoters - the most preferred property developer of this most happening and emerging metropolis. The company is known not just for its design excellence and world class quality, but for the Volta-face it has brought about in the way people perceive luxury living. This city of pearls has already tasted the elegance and perfection of living with ' landmarks, which include premium gated communities that have taken luxury living of another level! is now creating a new address "Swarna Dhaara" a closed gated community project spread over 20 Acres of prime land and is located in the Survey Nos. 221 &236 of Tupra Kurd Village, Maheshwaram Mandal, Ranga Reddy District. "Swarna Dhaara" is a layout designed exclusively for the most elite Indian and non-resident Indian communities to make their lifestyle match the best in the world. 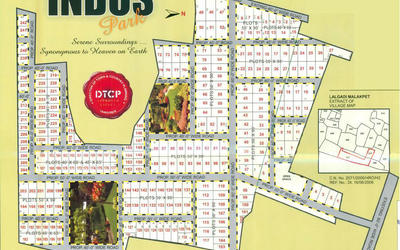 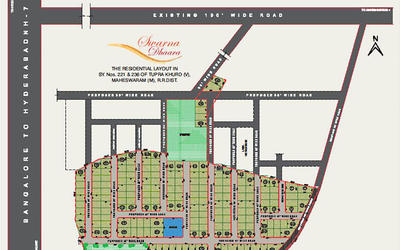