Belief in oneself is one of the most important bricks in building any successful venture. With this solid brick, loads of goodwill and blessings of the Almighty, two young industrious entrepreneurs joined hands to build a venture called NORWEEZ PROPERTIES PRIVATE LIMITED in the year 2013 as a private limited company incorporated under the Indian Companies Act, 1956.

The birth of this company lies in the aspiration of redefining standards in developing property through the rich experience of the young founders in land promotion, architecture and construction gained over a period of 15 years.

Mr. N. Annamalai is an architect by profession. He stands to be the architectural brain behind several residential and commercial projects within the city of Chennai, the state of Tamilnadu and also the country. He has been associated with several leading real estate companies in the country and in addition holds the credit of successfully completing more than ten residential projects of his own in and around the city, with satisfied customers.

Mr. G. Senthil Kumar is a builder by profession and has a wide experience in the field of construction, with a strong team developed over the past 15 years. He has the credit of delivering quality buildings such as individual bungalows and apartments in and around Chennai and its sub urban areas on time not compromising on quality. 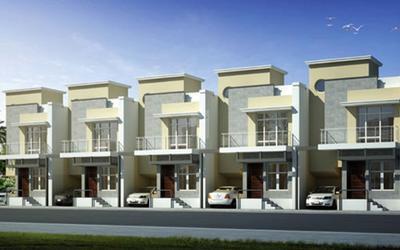