MCB Developers is providing service real estate for over Eight years. MCB developers strive to make the real estate investments easy, effective, efficient and most importantly worthy for their customers. There dedication for this vision has enabled them to execute multiple projects like MCB Meadows, in Avadi, Chennai, MCB Green Field in Perungalathur, GST, Chennai successfully.

MCB Developers have always provided immaculate service to its customers and investors, while not compromising on the quality and asset value of the properties. Respecting the timelines promised, MCB Developers, they have delivered all the properties along with world class amenities on time. One more of their projects, MCB Blossom Rich, in Avadi, Chennai, is also a showcase of their efficiency.

MCB Developers has many branches in India in cities like Ooty, Trichy and Bangalore, and also overseas in Singapore, Dubai and Dublin, USA. Commitment to their clients has helped them build strong bonds. Their impressive growth has given them more determination to become a leading Real Estate developer.

Number of Ready to Occupy Projects: 3 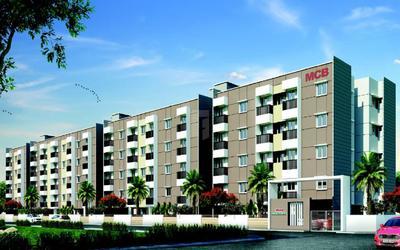