The Garodia Group made a humble beginning to its construction endeavours in 1966. A burning desire to excel and to make a mark in the construction & development industry was and still remains the driving force behind the phenomenal success of the Group.

The construction division made its debut with development of land at Ghatkopar (East), which later came to be known as GARODIA NAGAR. On completion, it was the first meticulously planned complex in Mumbai, sprawling over an area in excess of 2,80,000 sq. mts.

The area was developed in stages, with the essential infrastructure taking first priority, followed by the construction of two hundred and four residential and commercial buildings, spread over a built-up area in excess of 2,30,000 sq. mts.

In the last four decades, the Group has developed many awe-inspiring residential and commercial projects in and around Mumbai city. 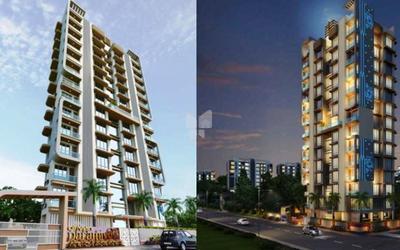