The word ‘Kohinoor’ means ‘Beautiful Shining Star’ and symbolizes our passion for hard work and commitment to give our constructions an edifice as strong as Kohinoor (or Beautiful). Started at 1992 as a contract company for the government, KM Kohinoor Infra is now a reputed name in real estate construction segment. Driven by the fervent desire to offer world class development projects, the company since 2004 has been into building independent villas, duplex villas as well as apartments.

The builder believes as a free thinker to decide as a user. Every person needs his own space so why not make it unique to make him feel one of the unique user. To make this happen the builder is developing independent houses, with ample space to move around. The builder is located in Hyderabad and is also owns some novel buildings like KM Kohinoor Gardeia which are some of the notable landmarks developed with utmost care and perfection.

The projects of the builder are either Hyderabad Metropolitan Development Authority (HMDA) approved or registered under gram panchayat layout. The builder aspires to be one of the best developer in realty and wants to be the sole developer of Duplex and Independent Houses. The builder hallmark is that the builder thinks far better family home for the user. 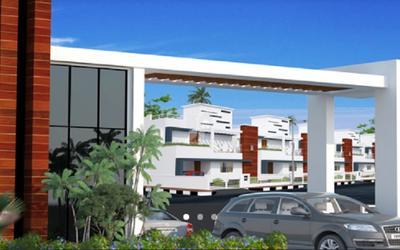