THE PILLARS OF MKS INFRATECH

Midas Group …A Bold Step into the Future

Like most great men, great companies too rise from a humble beginning. Midas originally a partnership firm formed in 1990 by Sh. S.K. Shukla, the man who had an experience of 20 years in Infrastructure Development. In 2006 reigns came to his son Sh. Aanand Shukla(now CMD Midas Group) who transformed the firm into a Private Limited Company in 2008. Within 6 years, under the guidance of Sh. S.K. Shukla and dynamic visionary leadership of CMD Midas Group along with the support and dedicated hardwork of Sh. Manish Shukla(MD) and its Core Team Members, the Group diversified itself into business of Real Estate, Outdoor Advertisement(OOH) and Hospitality segment.

With the launch of the most talked about and iconic Group Housing project Gold Coast, at Crossing Republic, NH-24, Ghaziabad in 2011 Midas Group became one of the leading players in the property sphere. In OOH the Group established more than 500 sites all over India in a span of just 4 years, again setting a benchmark in the OOH Industry. In Hospitality segment the Group is coming up with Club-58 at Rajnagar Ext., NH-58, Ghaziabad and Midas Inn at Gomti Nagar Lucknow.

Apart from accruing profits for its share holders the Group also work for social causes too. By planting more than 10000 plants, maintaining greenery in association with government departments, setting up Night Shelters for poor in winters are few instances amongst several.

While continuing its journey with far greater level of devotion, dedication and determination, Midas Group endeavored to diversify into Education and Communication very soon. Today, Midas Group has 8 Companies under its umbrella and is powered by the knowledge and passion of more than 100 professionals and enjoys the thrill of being ahead. www.midasgroup.biz

Midas Group …A Bold Step into the Future

Kashyapi Infrastructure Pvt. Ltd., led by qualified and experienced Civil Engineers, under the guidance of Mr. K. K. Upadhyay, engaged in construction activity with a difference. We have a clear cut vision to create a space of our own in the field of Civil Construction in India.

While we work for governments and commercial customers, our projects have helped grow local economies and improve the quality of life for communities and people around India. Time and again our work has demonstrated that the only limits on human achievement are those that we place on ourselves.

The success of the Group's performance is based on an efficient organization and a dynamic and entrepreneurial management, implemented through successive processes of mergers, takeovers and strategic plans committed to client’s satisfaction.

Mr. Anil Kumar, our guiding light is acknowledged as an accomplished performer whose presence has seen his company through many challenges. Being the epitome of perfection, he adds an unparallel touch to the group design endeavours so as to create unmatched products. The group is sitting on a huge land bank in and around Ghaziabad and has excelled in industrial and residential plots and farmhouses. It has been alive to market opportunities and has positioned itself where they are the highest, fully aware of its clients’ preferences, needs and budgets. No wonder, the company has a satisfied list of clients.

“Closely understanding our customer and their lifestyle related aspirations and then delivering to exceed their expectations.” We, at MKS fratech, strongly believe in pursuing long term relationships with our customers. And this starts with our steadfast policy of honouring every commitment

we make. We stand committed to provide the communities we serve, with the highest levels of professionalism and competence. Our team prides itself on our workmanship and timely completion. We believe in providing high-quality construction by using the latest technology and designconcepts with an aim to evolve an organization all our customers can trust. 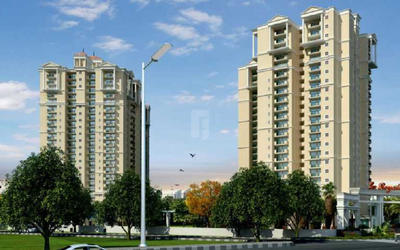