Shri M.S. Manoharan, the founder of Kanchipuram, S.M.Silks was born on 11th December, 1954, in a hamlet called Muthialpet.

At first, he organized silk sales exhibition stalls at various cities in Tamilnadu. Following the enormous patronage that he received from the public, he started the first sales depot in the 'Prince Tower' at Purasaiwalkam during 1997. It is not an exaggeration, if we say that he made a great revolution in selling silk saris. It was a time that people thought that silk saris were affordable only to the rich. But, he produced silk saris at a very reduced price and sold it at the production cost, thereby creating a situation where all can buy silk saris.

In continuation of his first successful sale depot at Purasaiwalkam, he opened more branches at T.Nagar, Vannarapettai and Mylapore of Chennai and continue to run them with great success. Not only in Tamilnadu, in Bangaluru also he is running two sales depots.

After registering great success and popular support, Manoharan next started his venture in real estate and stamped his unique model of success. He has proved that even middle class people who can afford to save Rs. 2,000 to Rs. 3,000 monthly can join specific schemes and become owners of flats for them. Even in this, he has a unique way of serving the people. When people join a scheme, monthly draws are conducted and the winners are awarded with a flat for the money that they have paid till then. So far, more than 250 people have luckily got flats under this scheme. His house flats are constructed in around 100 acres with more than 4,000 flats.

Following his success in silk trade and real estate business, Manoharan has started his venture in the field of Education too. He has established and is now administering a CBSE Residential School called 'Prasanthi Gurukulam' with international standards at Walajapat, Asur near Kanchipuram.

Recently he has also started a High Class Vegetarian Hotel called 'Prashanthi' in the Chennai-Bangaluru Highway.

Added to all these successful ventures, Mr Manoharan has announced a new unique venture, wherein he is constructing and selling Farm Villas in 10,000 Sft at the cost of Rs.5 Lakhs. There is no doubt that this will create a great excitement among the public.

It is easy for anyone to do business. But doing it in a unique way to the utmost satisfaction of the public is possible only for people like Manoharan. It is difficult to guess the next field that he is going to touch. But he has already proved that whatever he touches will become a path breaking venture. 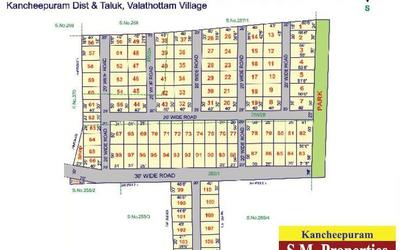