Mr. Shankar hails from Hosakoppalu town of Hassan District. He Did his schooling from Grama Bharathi Residential high school KR pet, 1st PUC from St. Philomina's, Mysore and 2nd PUC from Motiveerannna college, Davangere. In 1987, he completed higher studies from Bapuji Institute of engineering and Technology, Davangere.Started his career in 1988 as assistant engineer at the Karnataka Irrigation Department, PWD, of Belluru and Yediyur branch and has mainly contributed his for the HemavathiCanal Reservoir project.

Soon Joined Lancy Constructions, Mangalore as Project Engineer in 1989 and worked there for five yearsSome of the projects to which he worked for are Loyola high school, Loyola III

In 1994 he started his own construction company, SHANKAR Associates under which he has successfully completed more than 100 projects working under a wide variety of renowned architects.

In the year 2008 he stepped in to the developer field by successfully launching WESTSIDE DEVELOPERS and has completed many apartment projects under the Westside banner.

Even after the conception of WESTSIDE PROJECTS Shankar associates will still be run but as a sister concern of Westside Developers. 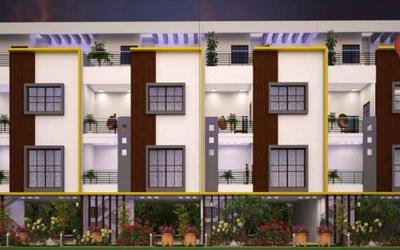